An Buachaill Geal Gáireach is the remarkable and untold story of a song. An Irish song called The Laughing Boy written by a teenage rebel called Brendan Behan in memory of another iconic rebel, Michael Collins – the centenary of whose death is commemorated this year.

But this song also had an extraordinary and dramatic afterlife as To Gelasto Paidi, the powerful left-wing anthem of resistance against the dictatorship that ruled Greece in the late Sixties and early Seventies. Translated by the poet Vassilis Rotas, Behan's words in Greek were set to music by the legendary Mikis Theodorakis, the most famous Greek composer of all time. The song remains an enduring and potent cultural force in the heart of Greece today.

As poet Theo Dorgan says in the film, both the Irish and Greek versions of the song capture something unique: “…Some idea, perhaps, of the eternal rebel, some embodiment of revolt against small destiny, tyranny, the forces that tend always and everywhere to diminish if not actually crush our sense of the necessary largeness of life and the imagination…”

The screening will be followed by a Q&A with director Alan Gilsenan and poet Theo Dorgan, interviewed by Bruce Clark. 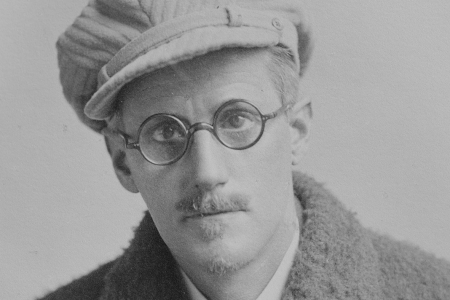