Once again we are delighted to host this programme of short films in competition for Best Short Irish Documentary. Selected from festival submissions, the films cover a range of themes from mental health and the diversification of identity in Northern Ireland, to matchmaking farmers in County Clare.

The films are made by a mix of both early career and established filmmakers. The programme will be accompanied by a postscreening filmmaker Q&A.

The sentimental relationship we have with household objects is explored in this concise film.

treatment of asylum seekers at the Mount Trenchard centre in County Limerick.

There's No Drugs in Animal Crossing

A look at how Nintendo’s Animal Crossing became a lifeline for recovering addicts during lockdown.

One Derry MC’s personal, creative and political journey is followed in this poetic film.

Folklore, history and science combine in this expressive study of Carronadavderg Hill.

A creative rumination on the identity of children growing up in a changing Northern Ireland from the starting point of the filmmaker’s own daughter.

80-year-old Willie Daly’s career as a matchmaker for the lonely hearts of rural Co. Clare is explored in this affectionate film.

A woman speaks candidly about her son’s suicide in this minimalist film. 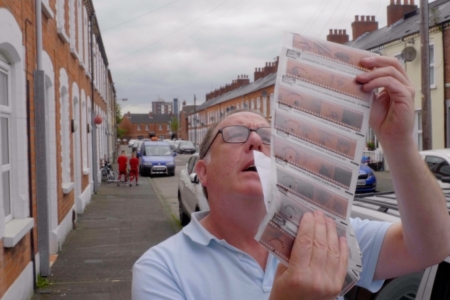