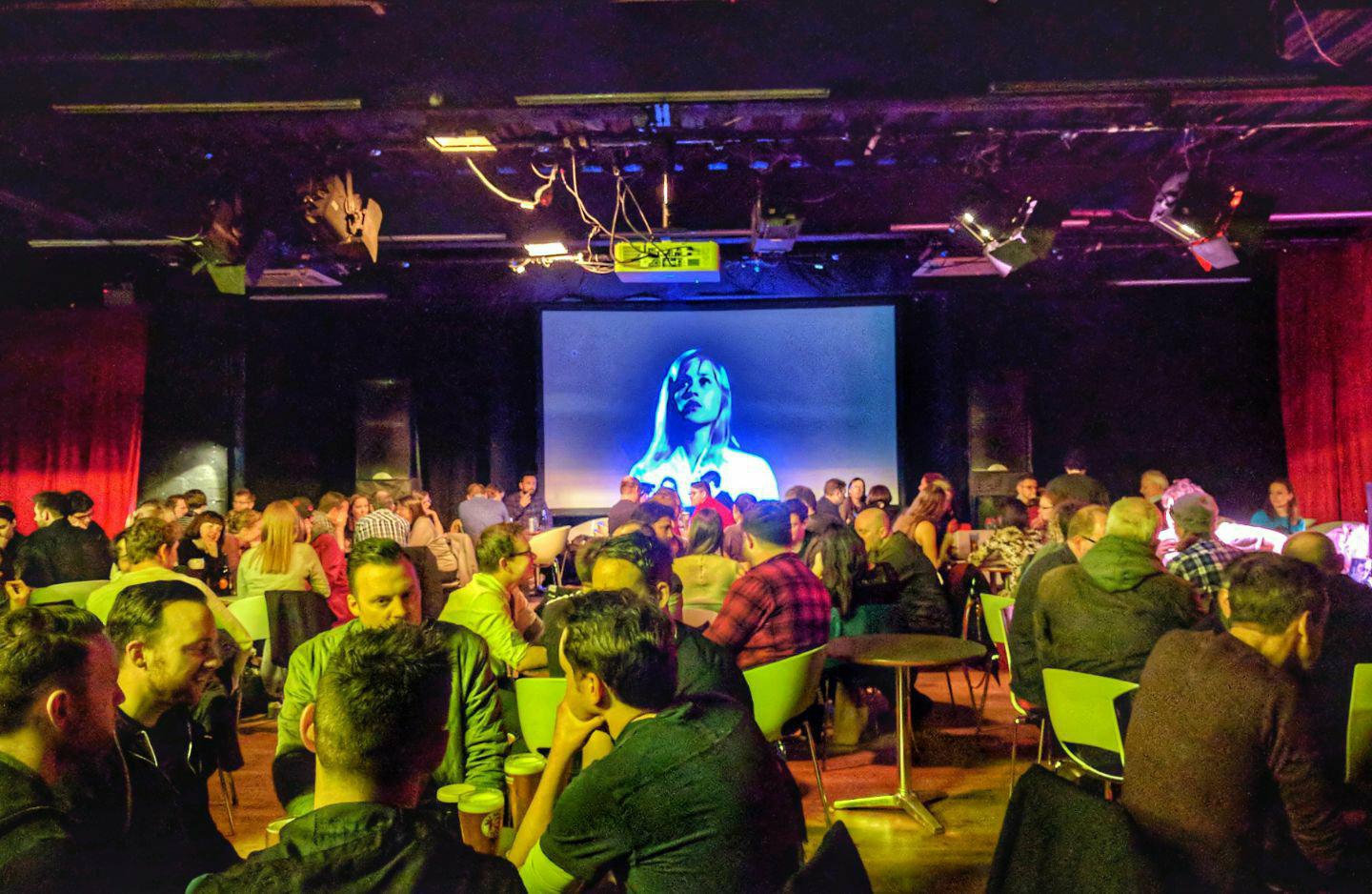 Docs Ireland is pleased to announce the projects for our inaugural Marketplace, taking place on Thursday June 13th at the Europa Hotel, Belfast.

A Short History of Decay (REPUBLIC OF IRELAND)

Acclaimed songwriter John Murry returns to Mississippi to explore his self-destructive past and delve into the malaise of over-medicated America.

Demons and Dancers follows the staging of a new international dance & theatre work by the acclaimed choreographer Michael Keegan-Dolan.

Tom Wilson is a musician, an author, an artist, a former drug addict and alcoholic. Tom Wilson is also a lie. Raised in the rough-and-tumble world of Hamilton, in the company of World War II vets, factory workers, fall-guy wrestlers. He was also raised with deeply guarded secrets kept by his parents. “There are secrets I know about you I will take to my grave”, his mother would say to him.

A genial genius who rose to the top but fell victim to the excesses of the rock and roll lifestyle.

No blood. Just sweat and tears. Unexpected and unapologetic heart-breaking-night-sweating-hot-flushing-brain-fogging-heart-warming journeys. In respect of the menopause.

Conversations With Women (REPUBLIC OF IRELAND)

What female sexual tradition can cause both pleasure and trouble?

A captivating documentary about Lizzie LeBlond, who was Ireland’s first filmmaker, a mountaineering legend, photographer, adventurer and trailblazer for equality.

Extreme Performance – The Works of Millie Brown (REPUBLIC OF IRELAND)

N.Ireland has been the site of a unique European low intensity war. The family victims wants to know the truth.

Gays Against Guns (REPUBLIC OF IRELAND)

A radical look at American violence through the lens of an outrageous queer gun control activist group.

Growing Strong is an observational documentary based in Derry ~ Londonderry, following pupils originally from Oakgrove Integrated Primary School as they make their way through the Northern Ireland education system. Some of the pupils have continued in the integrated model of education, while others have moved to segregated schools.

Hello Stranger is a documentary feature film chronicling the experience of adoption building on 22 years of home video footage.

Is There Anybody Out There? (UK)

A young woman with a rare disability searches for others with the same condition, when her journey takes an unexpected turn.

One prisoner. One filmmaker. One road trip through the divide at the heart of America

Prime Minister and ex-freedom fighter, Ramush Haradinaj tries to move Kosovo towards unprecedented peace but first must face his past.

A young man’s tragic odyssey, filmed over 7 years, returning to Russia from America in search of his mother.

With an inheritance of chaos, addiction and schizophrenia, can you see through your mother’s eyes without becoming her?

Nobody Nowhere: Self Portrait of a Ghost (UK, REPUBLIC OF IRELAND)

To know how to die, you need to know how to live. In ‘Nobody Nowhere’ bestselling author, Donna Williams, takes the audience on every ride in her eventful life’s theme park.

POW! The Story of the H-Blocks (UK, REPUBLIC OF IRELAND)

The H-Blocks is a compelling case study of political imprisonment. Between 1976 and 2000 the prison became a political battleground, and a political training ground, for IRA prisoners. Their actions inside and outside of the jail had a real and lasting impact on the wider conflict – actions that deserve closer consideration and discussion, as they help to explain how the peace process developed, and how a comprehensive political settlement was negotiated.

Sins of Ireland (REPUBLIC OF IRELAND)

12 Irish priests recount the sins that impacted them emotionally during confession before highlighting the sins of the church.

A family’s journey to challenge the taboo of talking about death when one of the children hasn’t long to live.

The Church of Damo (REPUBLIC OF IRELAND)

Dublin has undergone dramatic changes in the past 20 years since Damien Dempsey’s debut album. Religious, financial and government institutions have failed the people. A once God-fearing city is now God less, rudderless, meandering along a path of depression, hopelessness and struggle.

The Diary of Jack the Ripper (UK, REPUBLIC OF IRELAND)

The remarkable story of the 27-year investigation into the alleged diary of history’s most infamous serial killer, Jack the Ripper.

New Lodge, a Catholic area in the heart of Belfast which was severely hit by the conflict in Northern Ireland.

The Frenchwoman and the Sky (REPUBLIC OF IRELAND)

A visceral discovery of Dublin through it’s most iconoclastic artist, the poet Pat Ingoldsby.

Two young Dublin boys become the centre of an International news alert and FBI investigation after running away from home.

Racing pigeons and their fanciers collide in a world of fierce competition. This is simply the greatest pigeon race on earth.

The Mother of Invention (REPUBLIC OF IRELAND)

The Storms of Jeremy Thomas (UK, REPUBLIC OF IRELAND)

The Story of Looking (UK)

The epic story of the visual world, from the dawn of time to the digital age, told by Mark

This is Your Mother (UK, REPUBLIC OF IRELAND)

Our film begins when we meet Nakout on the shores of a Greek island – another lone refugee fleeing the horrors of war, seeking a better life in Europe. In 2003, Nakout was snatched from her home by gunmen in the middle of the night as her three young children hid under the bed, her husband was murdered, and she was marched off into the darkness in her flip-flops.

To the Moon (REPUBLIC OF IRELAND)

A poetic feature documentary that explores humanity’s timeless relationship with our moon.

Women Behind the Wheel : Unheard Voices on the Pamir Highway (UK)

Two women drive 3000km along the Pamir Highway on a journey to discover the lives of the women it connects.