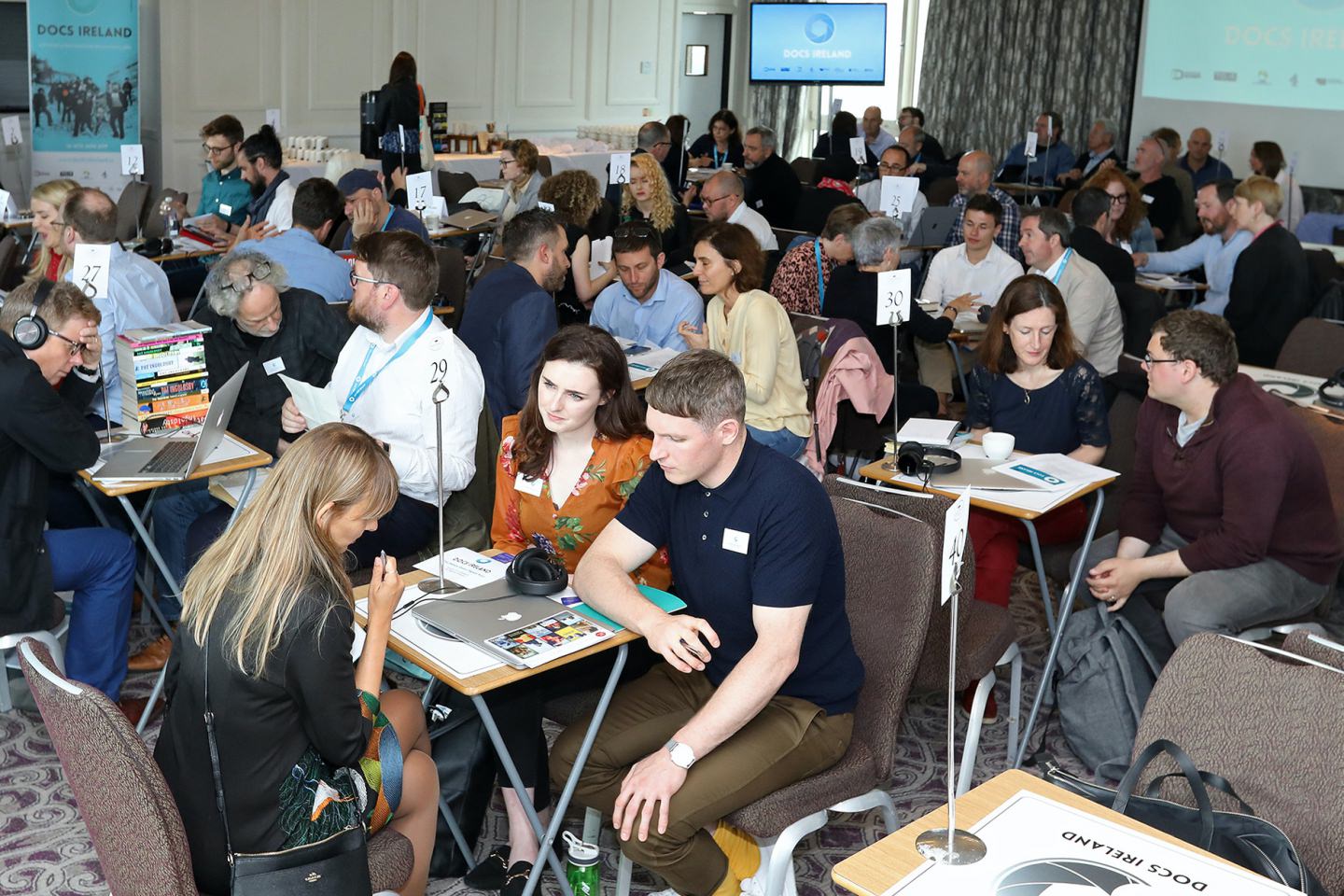 The only marketplace dedicated to documentary on the island of Ireland, it provides an outlet for filmmakers to pitch their project through carefully matched meetings organised by the Docs Ireland team.

A hub for funding, sales and distribution of documentaries in Ireland and globally, the market is an incubator for nurturing domestic talent so that our industry can continue to thrive in the future. We also welcome international submissions.

Previous Decision Makers for the Docs Ireland Marketplace have included:

Decision makers will engage with participating filmmakers, helping them to develop their documentary projects, as well as foster new relationships and opportunities.

Applications are open to long form documentary films (50 minutes +) across all genres, and from any country. You must have at least one TV / digital / theatrical credit in documentary, although this can include shorter form.

Read about our 2022 Marketplace Projects below:

A Kafkaesque story, where the very institutions who are there to protect a family actually end up destroying it.

Can a woman consent to her own murder?

This film explores the experiences across three generations of the Chinese community in Ireland brought up in the family business.

Jack McCullough’s wrongful conviction for the historic murder of a seven-year-old girl sees theunravelling of a 60-year mystery.

Nawal is the mother-figure behind Depot-Vente, a vintage shop raising spirits in a collapsing Beirut.

Fixing the War is a new feature documentary following the lives of ordinary Ukrainians who – through economic necessity, idealism or chance – now find themselves working as ‘fixers’ for hard news journalism and war correspondence as their home is transformed

into a living warzone.

Girls Who Run The World

Set across Northern Ireland and Ethiopia, we follow some of the world’s most promising young female athletes.

In Search of The Dream

Child Soldier at 8. Boxing world Champion at 25. Enigma ever since. The search for Kassim

and understand her mysterious silence.

Donna McLean exposes an intricate web of deceit and deception in the British state going back decades. In her quest to uncover the truth about why she and other women were targeted by spy cops she asks fundamental questions about whether we really live in a free society.

The Artist & The Wall of Death

Death into a place of Art.

The Essence of Eva

Featuring never-before-seen archive footage, artworks, and songs, this documentary delves into the life of the legendary singer Eva Cassidy.

A new Gold Mine brings the promise of great wealth, but at what cost?

The Inner Voice of Tony Cascarino

Tony Cascarino looks at his life through his ‘Inner Voice’, that part of him that never wanted him to succeed.

The Shapes Between Us

The story of the people, places and music that shaped Northern Irish club culture from 1980-

The Taste of Mango

The Taste of Mango collages intimate fragments from Chloe, her mother and grandmother’s lives – the joys, the challenges, and the everyday. The film is a lyrical exploration of trauma and its impact on motherhood, questioning how we can continue loving those who often give us pain in return.

Unsilencing: My Journey to Carlow

A series of portraits detailing the lived experiences of diverse and multicultural individuals within the Carlow region.

Intimate stories from child refugees who came to Ireland seventy years ago cast a new light on today’s refugee crisis.

When The Rapping Stops

Why Did We Plant Roses?

Through the story, cinematic life of one of the most influential filmmakers within the cinema of the Palestinian revolution.