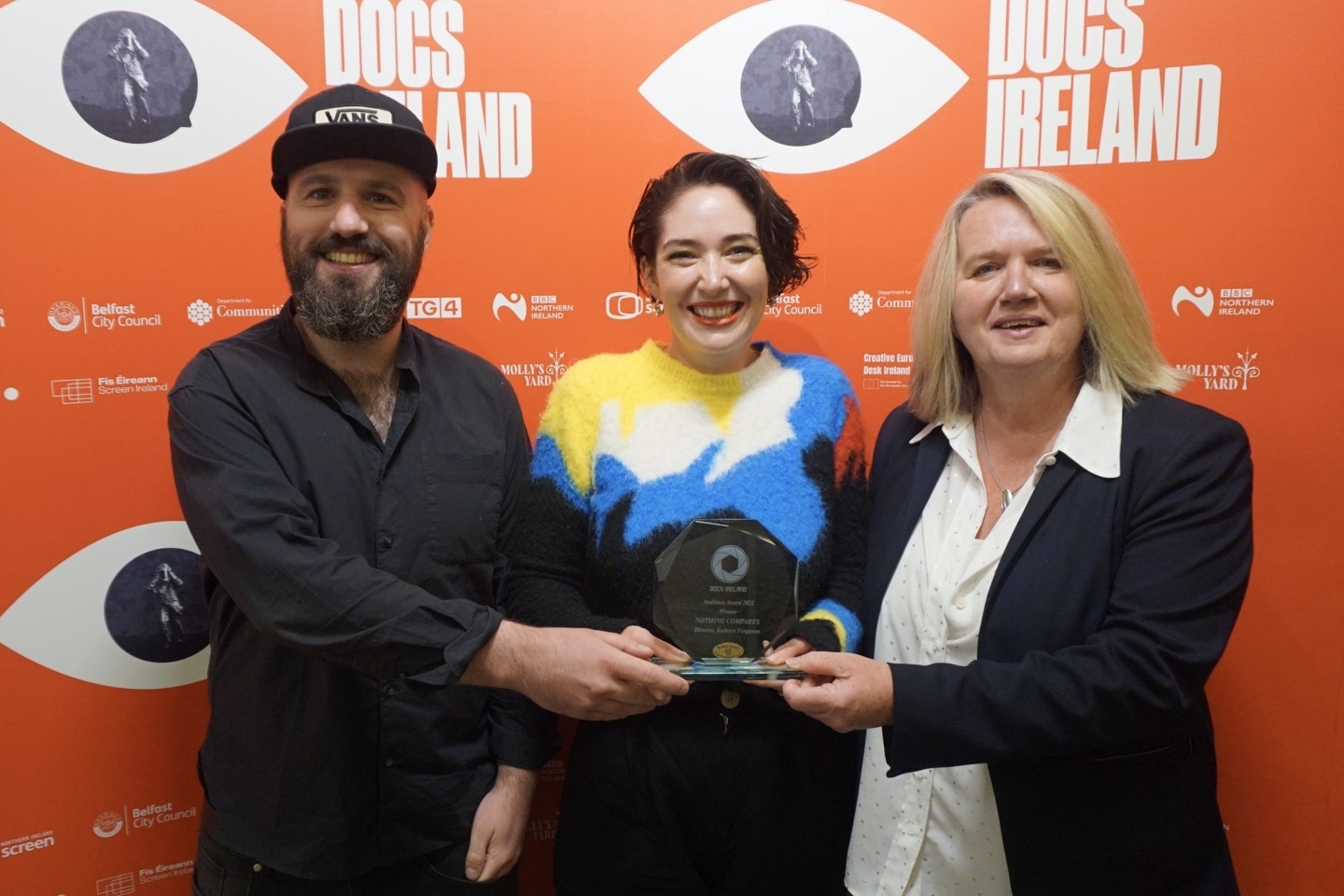 Docs Ireland has published its list of winners from the competitions held throughout its fourth festival, celebrating the national and international film industry.

Nothing Compares, the stunning documentary on the early career of Sinead O’Connor by Belfast-born filmmaker Kathryn Ferguson, was awarded the Audience’s Choice Award, topping the poll with 55% of the vote.

Jury members Dr. Michael Brown, Dr. Jolene Mairs-Dyer and Mitch Conlon selected The Balcony Movie as the winner of the Maysles Brothers Award for Best Observational Documentary, based on its success “in taking a very few elements and combining them into a genuinely memorable experience for the viewer.” The documentary, directed by Pawel Łoziński, is composed of conversations Łoziński had with people passing by his Warsaw apartment.

The prize for Best Irish Documentary Short was awarded jointly to Ireland’s Last Matchmaker and Mam’s Old Chair. TG4 Commissioning Editor Proinsias Ní Ghráinne and Elizabeth Klinck chose Ireland’s Last Matchmaker, citing its “whimsical, rhythmic editing, visual irony, economic but effective use of music, and range of emotions and characters that captivate between subject and form”, and Mam’s Old Chair for its “simple but sophisticated storytelling with an emotional connection.”

The winner of the Northern Ireland Screen Feature Pitch was announced by Roisín Geraghty, Docs Ireland Head of Industry & Marketplace. They Say It Is Love directed by Roisin Agnew took away the prize, which includes £7,500 development funding towards a pilot and early research on a feature. The panel commented that Agnew’s idea “hooked us in with the promise of untold stories, and a treasure trove of unseen footage. With some fantastic collaborators already on board, it was delivered with passion & conviction.”

“In a packed programme with films from 22 countries across the world, we strive to identify particular talents and to celebrate all that is great about the documentary form. Through these awards we aim to inspire new talent and pay tribute to the innovative work of expert documentarians.”