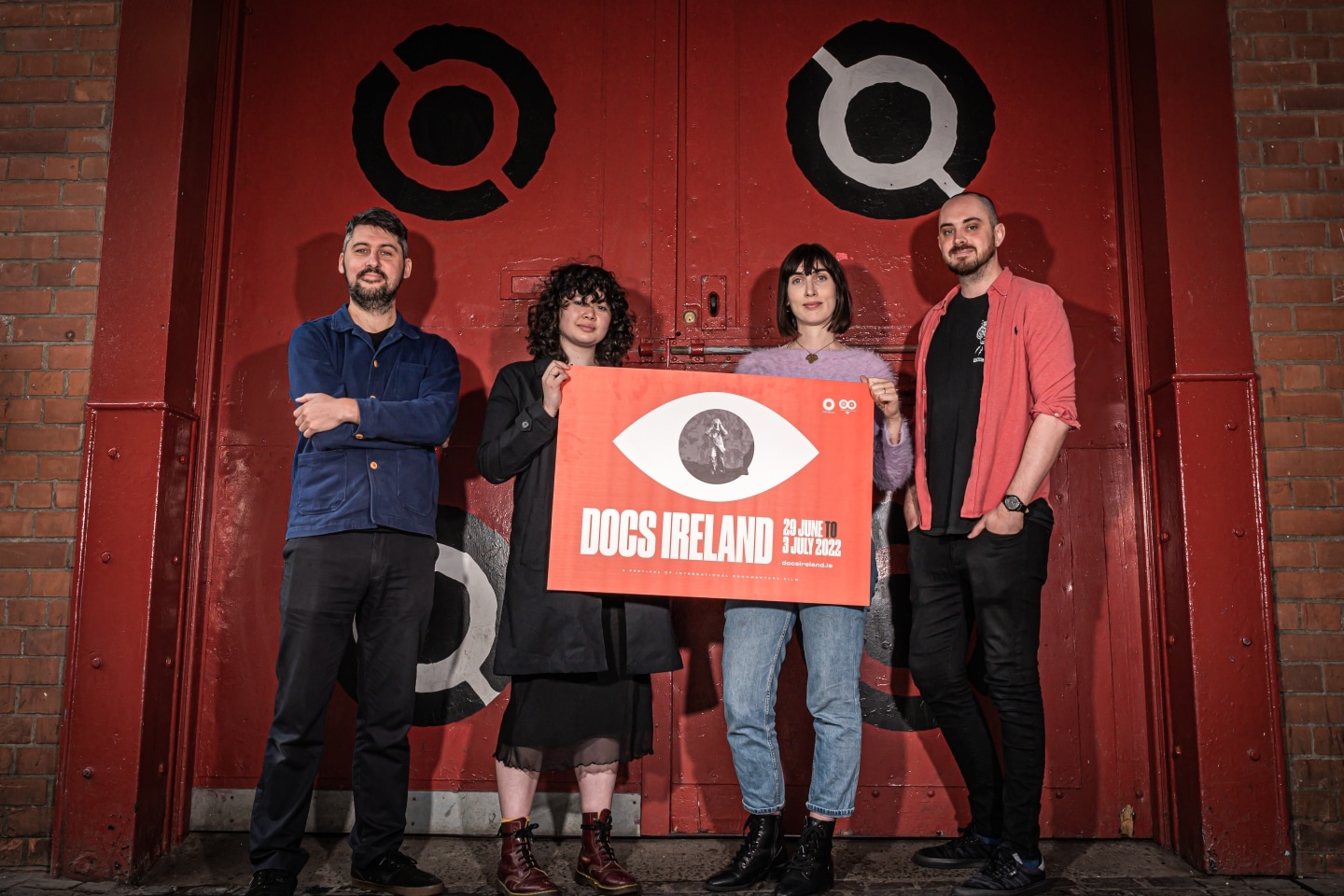 Sinead O’Connor, Kenny G, James Joyce and Princess Diana are just some of the interesting people who will be profiled on film as Docs Ireland returns to Belfast for its fourth year.

The international documentary festival will run from Wednesday 29 June to Saturday 3 July, with film screenings and events in which public audiences and industry professionals will encounter both rising stars and documentary filmmaking legends.

A documentary based on the life and career of Irish singer Sinéad O’Connor is set to open this year’s festival. Directed by Belfast-born filmmaker Kathryn Ferguson, ‘Nothing Compares’, which will screen on Wednesday 29 June, reflects on the legacy of the singer, and follows her rise and fall over a five-year period (1987-1992).

‘Listening to Kenny G’ by globally recognised documentarian Penny Lane will close the Festival on Saturday 3 July, in her film Lane takes a deeper look at how the acclaimed instrumentalist reimagined the Smooth Jazz genre. The film also asks, what is Jazz?

Music and culture are two key themes of this year’s festival with documentaries including ‘Laurent Garnier: Off the Record’, a look at one of the leading visionaries of the house music genre; ‘Tramps!’ by Kevin Hegge delves into the flamboyant, fresh style of the new romantics in London in the 1980s; and Songs for Drella’ a 1990 concert film, only rediscovered recently, which captured the only reunion of ex-Velvet Underground members Lou Reed and John Cale – and the life, dreams and aspirations of the band and its manager, Andy Warhol.

The fourth annual Docs Ireland festival will also give emerging filmmakers the opportunity to meet and learn from seasoned industry experts through a series of masterclasses, workshops, panel discussions and ‘in-conversation’ sessions.

The documentary focussed festival has fast become a forum for new and emerging documentarians to showcase their own films, find routes to broadcast and training, and funding for new work. The Docs Ireland – Northern Ireland Screen Documentary development pitch returns for the third year, presenting six feature documentary project pitches from filmmakers across Ireland, in a competition to receive an award of up to £7,500 towards a pilot for their documentary feature.

“The fourth Docs Ireland, particularly takes a look at the culture, art and music of the world around us showcasing some of this year’s most interesting global documentaries. As we move past the pandemic, and into an era of recovery and renewal, Docs Ireland looks to shed light on those who do incredible things in the cultural world and showcase it to a wider audience. With documentaries from some of the world’s most celebrated documentarians including Penny Lane and Kim Longinotto, as well as up-and-coming stars such as Anna Rodgers who won our Shorts Award in 2019, there truly is something for everyone in this programme.