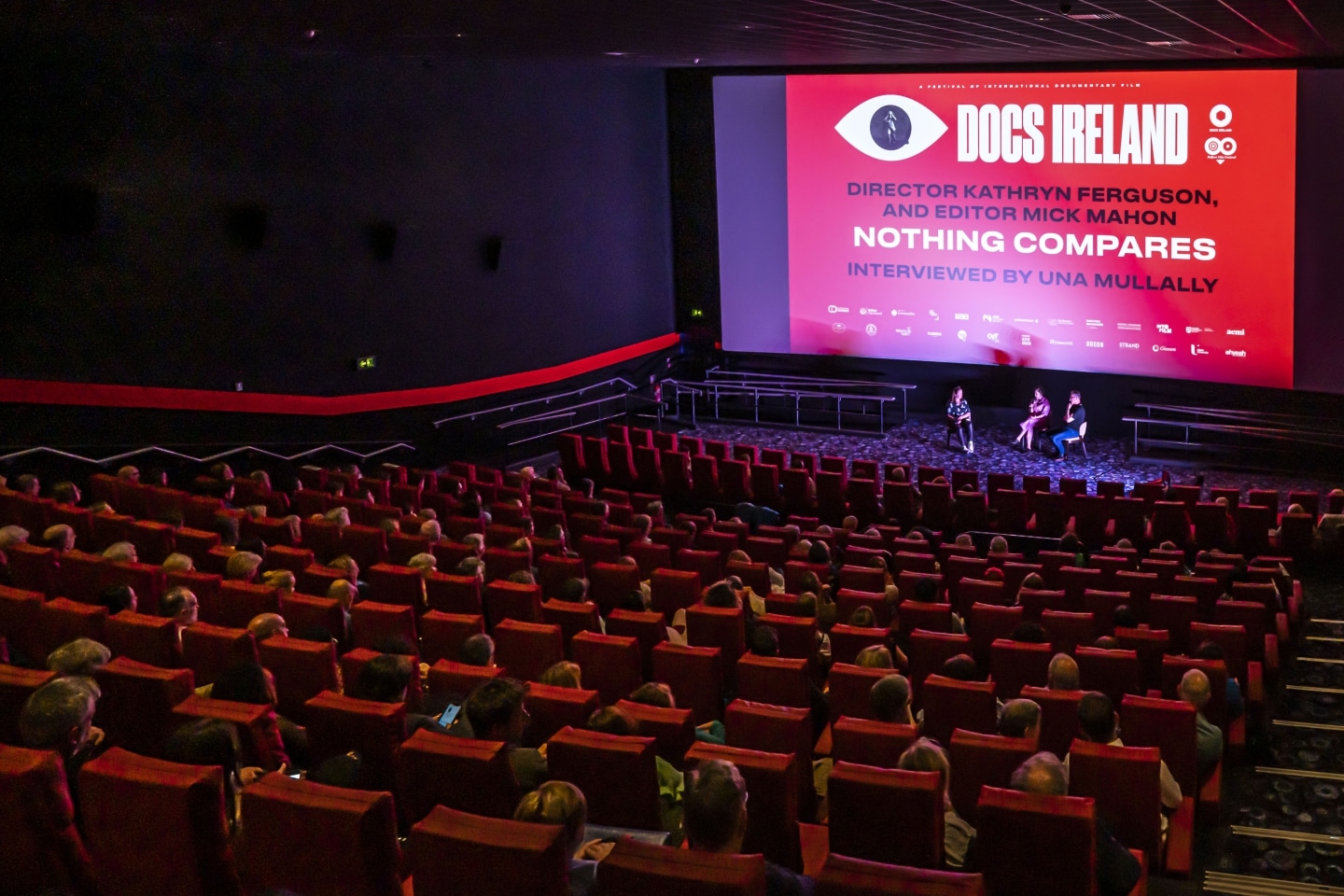 The first day of Docs Ireland 2022 featured six events across four venues, including a memorable opening night screening of Nothing Compares at Cineworld Belfast.

Kathryn Ferguson’s moving portrait of Sinéad O’Connor was followed by a homecoming Q&A with Irish Times journalist Una Mullally. They were joined by editor Mick Mahon to discuss the extensive use of archive in this powerful documentary.

The screening was preceded by a few words from festival director Michele Devlin and Northern Ireland Screen CEO Richard Williams, who highlighted the rich portfolio of homegrown content in this year’s programme.

Elsewhere, our Fieldwork strand kicked off at Ulster Museum with the Irish-language Game of Truth and UTV’s Women: Here and Now, featuring a fascinating panel discussion led by shorts programmer Rose Baker.

Queen’s Film Theatre hosted screenings on literary legend Kurt Vonnegut and the cycle of war and peace in This Rain Will Never Stop, while Odeon Victoria Square presented a new take on the true crime genre in My Old School. 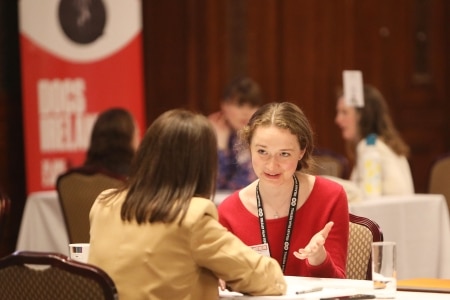 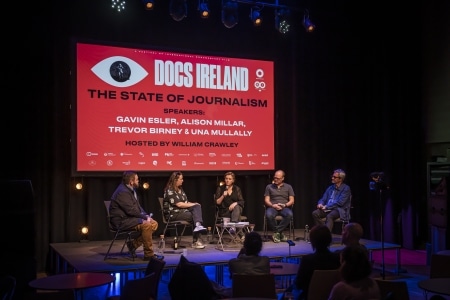