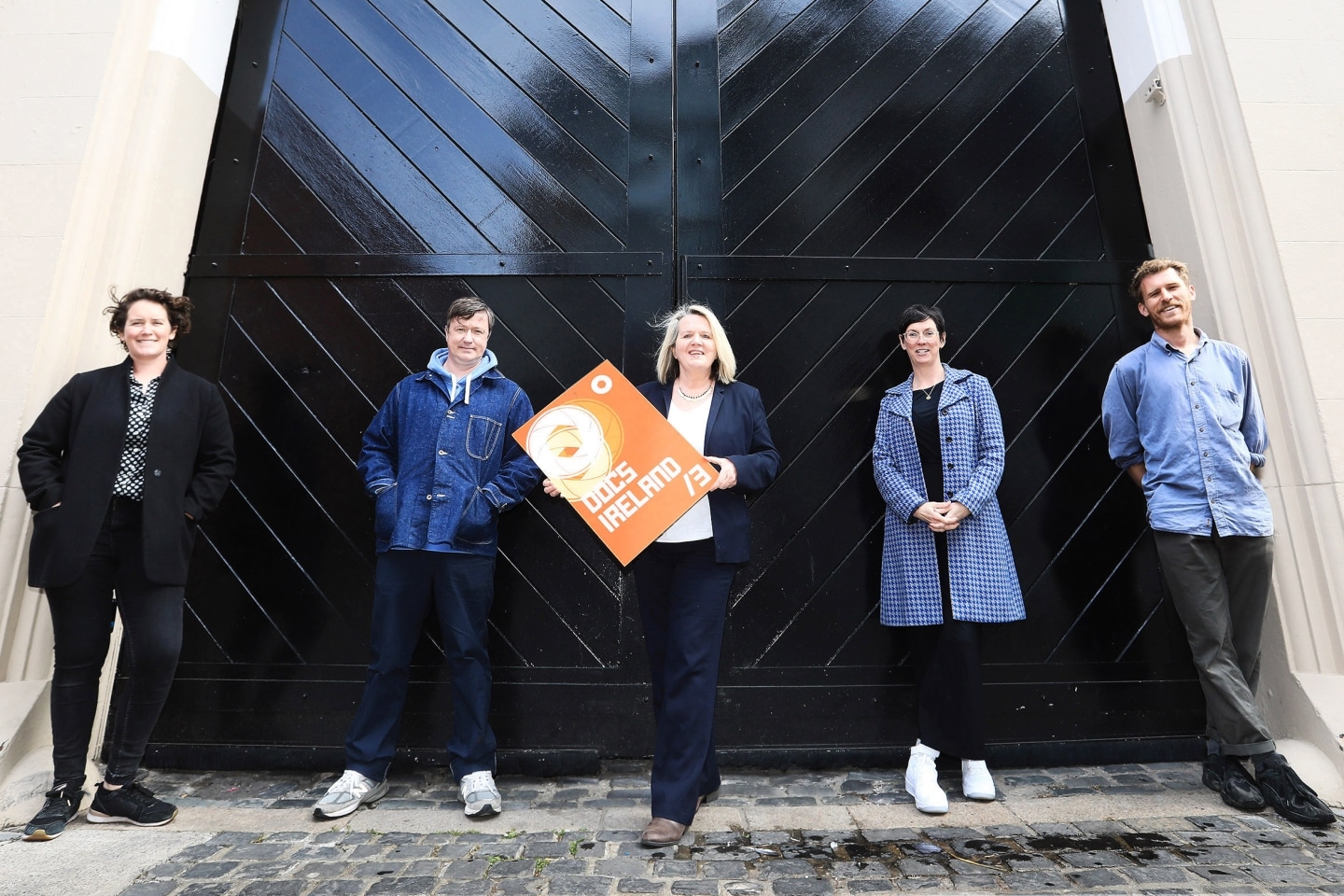 The international documentary film festival, Docs Ireland will return to Belfast in June with a series of online events in which industry professionals will hear from both rising stars and documentary filmmaking legends.

Running from 16-19 June 2021, the third annual Docs Ireland festival will give emerging filmmakers the opportunity to meet and learn from seasoned industry experts through a series of online masterclasses, workshops, panel discussions and ‘in-conversations’.

There will be a focus on the critical area of archive material, with a masterclass delivered by Canadian multi-award winning visual researcher Elizabeth Klinck.

Award-winning US filmmaker Penny Lane joins Elizabeth Klinck for an in-depth interview with the acclaimed filmmaker (HAIL SA­TAN?  Sundance 2019). There will also be a special Interview with internationally renowned director, writer and actor, Alex Winter discussing his expansive career (Deep Web, Downloaded, The Panama Papers, Bill & Ted) along with his new film, ZAPPA.

The emerging audio documentary genre will also be highlighted at this year’s Docs Ireland. A panel discussion is set to take place with some of the leading commissioners who will provide an overview of the current landscape for the podcast and audio doc across Ireland, the UK and in the international markets.

BAFTA nominated documentary filmmaker, Rachel Hooper will host commissioners and suppliers from broadcasting giants like the BBC, RTÉ and Audible during a live Meet the Audio Commissioners session.

The Docs Ireland – Northern Ireland Screen Documentary development pitch returns for the third year, presenting six feature documentary project pitches from filmmakers across Ireland, in a competition to receive an award of £7,500 towards the development of their documentary feature film. Previous  winners include ‘No Place Like Home’ by Myrid Carten and ‘The Last Balkan Cowboy’ by Dragana Jurisic.

The Marketplace is an opportunity for filmmakers to meet with top decision makers on a one to one basis, including international funders, broadcasters, distributors and exhibitors. It is a hub for funding, sales and distribution of documentaries in Ireland and globally, and an incubator for indigenous talent, supporting our industry to thrive in the future. Ours is the only marketplace dedicated to documentary on the island of Ireland, and provides an opportunity for filmmakers to pitch their projects through expertly curated meetings organised by the Docs Ireland team.

With the expectation of covid restrictions being favourable for ‘in person events’, Docs Ireland 3 will host a series of screenings in August, we plan to bring our audiences the best of new Irish, UK and international documentaries.

“Coming into its third year, Docs Ireland is the only documentary film festival in Ireland that delivers a burgeoning doc marketplace, where documentary filmmakers can meet international broadcasters and influencers, to pitch their projects, foster new relationships and network with the best of the world’s documentary talent.

“There is a huge pool of talented documentarians on our island, who are set on bringing exciting real life stories to the big screen.  We will bring leading industry experts to Docs Ireland to meet and support our emerging local filmmakers.

“Docs Ireland will then continue later in the summer presenting a full programme of award-winning titles for audiences to enjoy in a variety of locations across Belfast. The appetite for compelling documentary film is growing and since our launch three years ago, we have far exceeded our audience targets. We look forward to welcoming the public to special events and cinemas once again to enjoy some of the world’s finest documentaries on the big screen in August.”

Programme and ticket information can be found at docsireland.ie