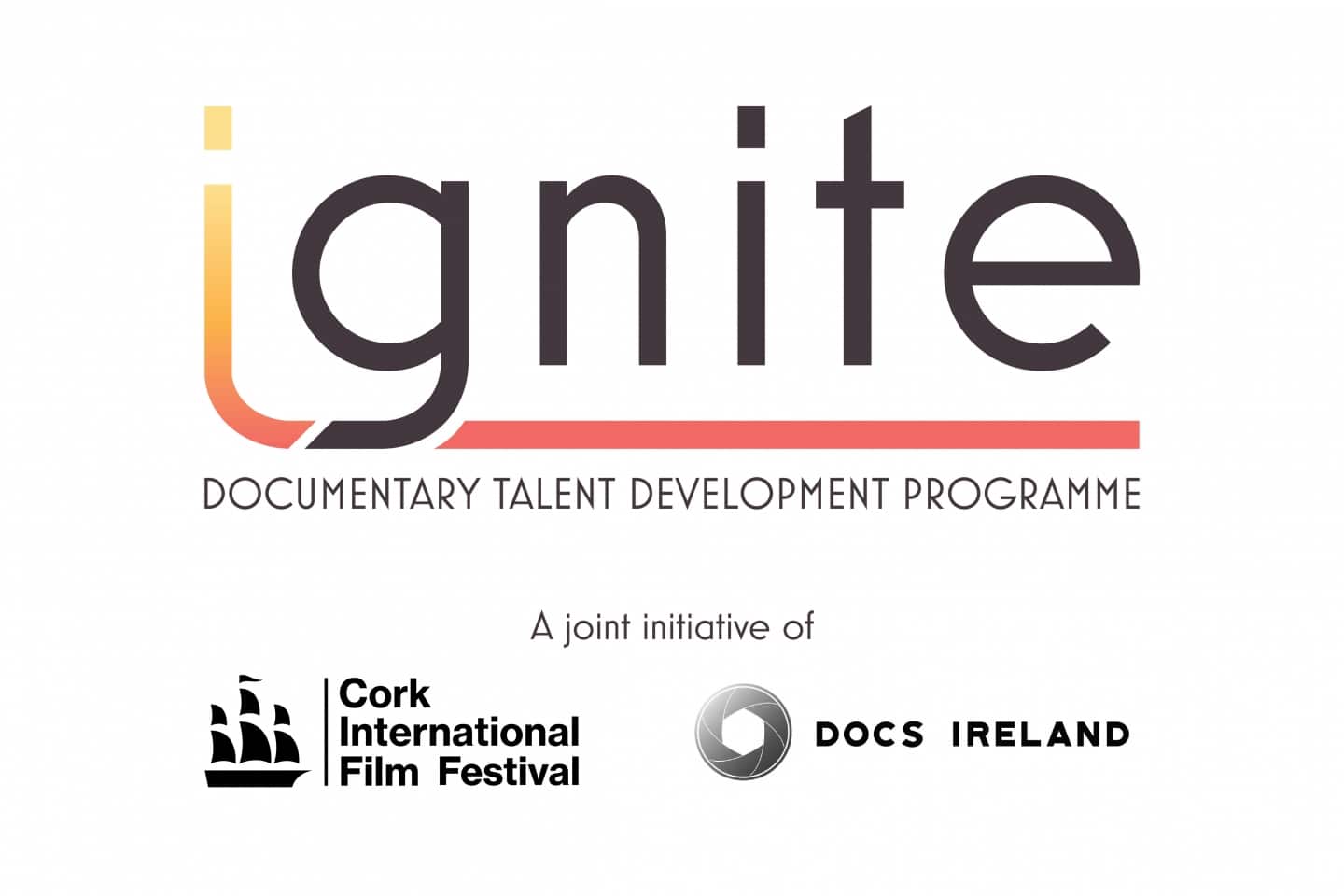 Are you an Irish or Northern Irish documentary filmmaker embarking on your first or second non-fiction feature film?

Created in collaboration between Cork International Film Festival (Ireland’s first and largest film festival and destination for cinematic documentary) and Docs Ireland (an all-Ireland documentary-focused festival from Belfast Film Festival), this cross-border partnership seeks to foster a new generation of Irish documentary filmmakers from the north and south of Ireland.

Feature documentary in Ireland has developed exponentially over the past decade, with countless award-winning non-fiction films gaining traction and being showcased both nationally, and on an international level; through festivals, cinema releases, television broadcasts and VOD. The aim of IGNITE is to aid in the long-term sustainable growth and artistry of talent in the Irish documentary film community, through training and skills development, mentorship and drawing from the resources and expertise of both festivals.

During this comprehensive training initiative, participants will gain a grounding in all facets of developing their project, and will acquire market knowledge of the documentary industry, learning about the current trends in non-fiction film production, and giving them an expansive understanding of the sector. The programme includes workshops, masterclasses, and in-person conversations with established documentarians, broadcasters, funders, sales agents, and other industry professionals. All training takes place in an intimate environment, which will allow a hands-on approach; facilitating maximum learning potential and the opportunity to network and foster new relationships.

“Through its various workshops, webinars and information sessions, IGNITE gave me real insight and access to the workings of the feature documentary world not only in Ireland but across Europe and North America. IGNITE provided us with real practical help with our films through pitching, treatment development, finance plans and strategies.” Cara Holmes – Director, Searching for Space

“The support and expert guidance we’ve received through IGNITE has helped us shape and develop the project along a path that feels true to the film and to us as filmmakers, and we’ve been able to identify a place in the film world where this project will thrive.” Michael Barwise & Sean Mullan – Co-Directors, Hy-Brasil

For further information and to apply for the third edition of the IGNITE Documentary Talent Development Programme, visit here now

Click here to watch a recorded webinar about the programme