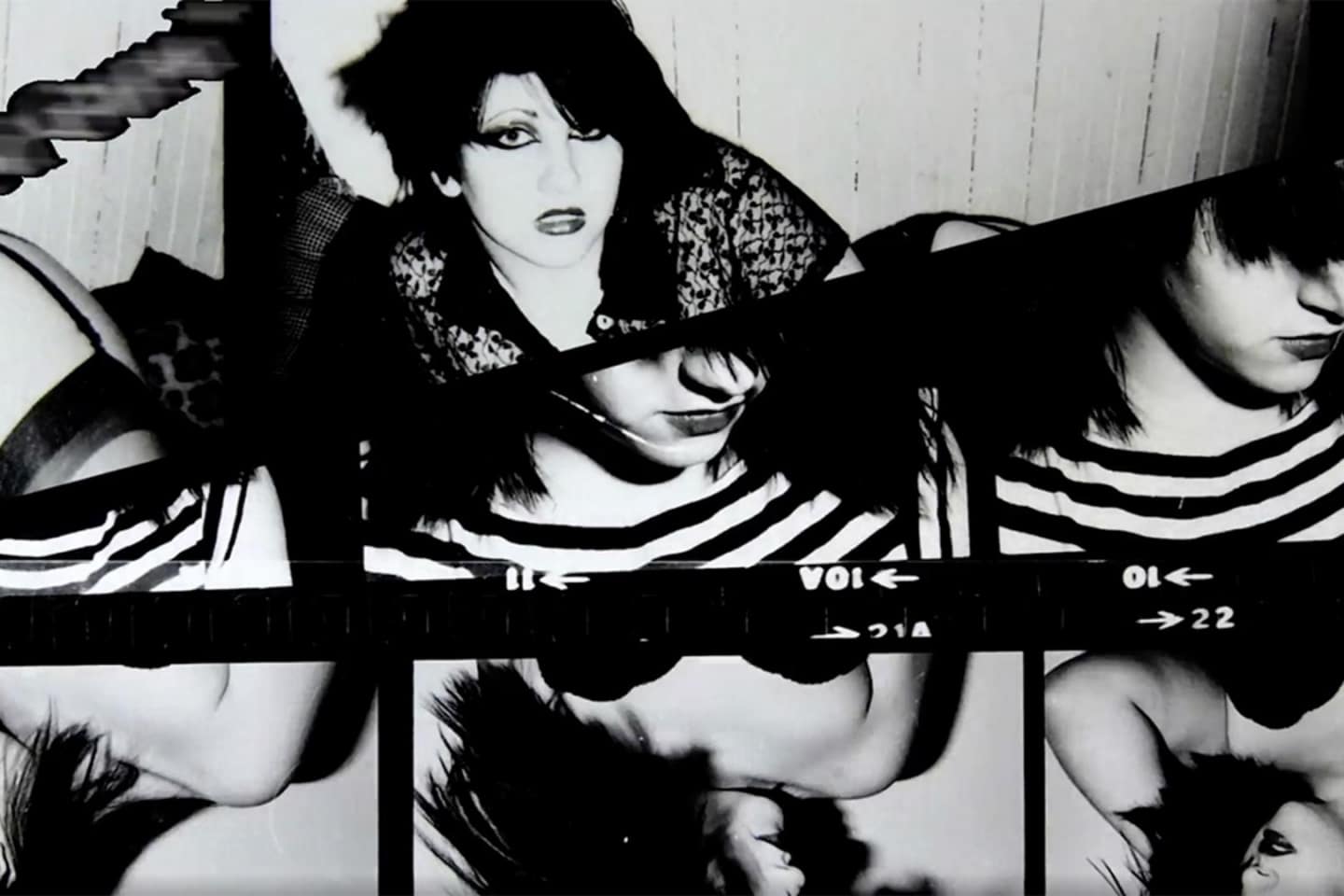 We’re honoured that highly renowned film writer and lecturer Mike Catto (BBC Radio Ulster) has chosen to preview a selection of Docs Ireland titles.  Next up is, ‘Lydia Lunch: The War Is Never Over’.

‘Lydia Lunch: The War Is Never Over’

Directed by Beth B.

This is not an easy watch. It is, however an immersive experience, at times close to episodes of that fiction TV series In Treatment. Since the late 70s I have been aware of Lydia Lunch, her collaborators and the so-called No Wave movement. But “awareness of” is not the same as having a steadfast following of Lunch’s music/performances. Somehow, she was, to me, both part of an underground art movement and, like Throbbing Gristle, distancing herself from the very idea of being part of a mere movement.

Watching this film is partly like sitting in on a therapy session where it becomes increasingly evident that the subject is both revealing candid personal details (some of which were already embedded in her lyrics) and at the same time playing the part of Lydia Lunch, Performance Artist.

The director Beth B. has been one of Lunch’s collaborators for decades. That means that we are watching a bit of a double act. A tell-all. straight to camera doc (complete with still powerful archive material) that is also a Lydia Lunch/Beth B. performance.

From the start of Lunch’s career it was obvious that she was a Take No Prisoners artiste, proud of being considered by some as dreadful, both as a musician and as a poet. Age has not softened her stance, and actually, that’s what pulled me further and further into this film. It intrigued me; it infuriated me; it made me want to shout YES! at the candour of her still firmly held views, even though I don’t and never have held those views.

But while it gives the impression of being revelatory about this now middle aged woman, one realises that it is a very, very deft one person play where the performer/writer is, indeed playing with the viewer. It left me applauding the audacity of Lunch and of Beth B.  …and angry with myself for falling for it. Something tells me that I need to watch it again, and something else tells me that I’ll never really get it if I do.

Tickets for ‘Lydia Lunch: The War Is Never Over’ at Odeon Victoria Square on Saturday 28 August at 7.30pm are £6/5 and available by clicking this link.