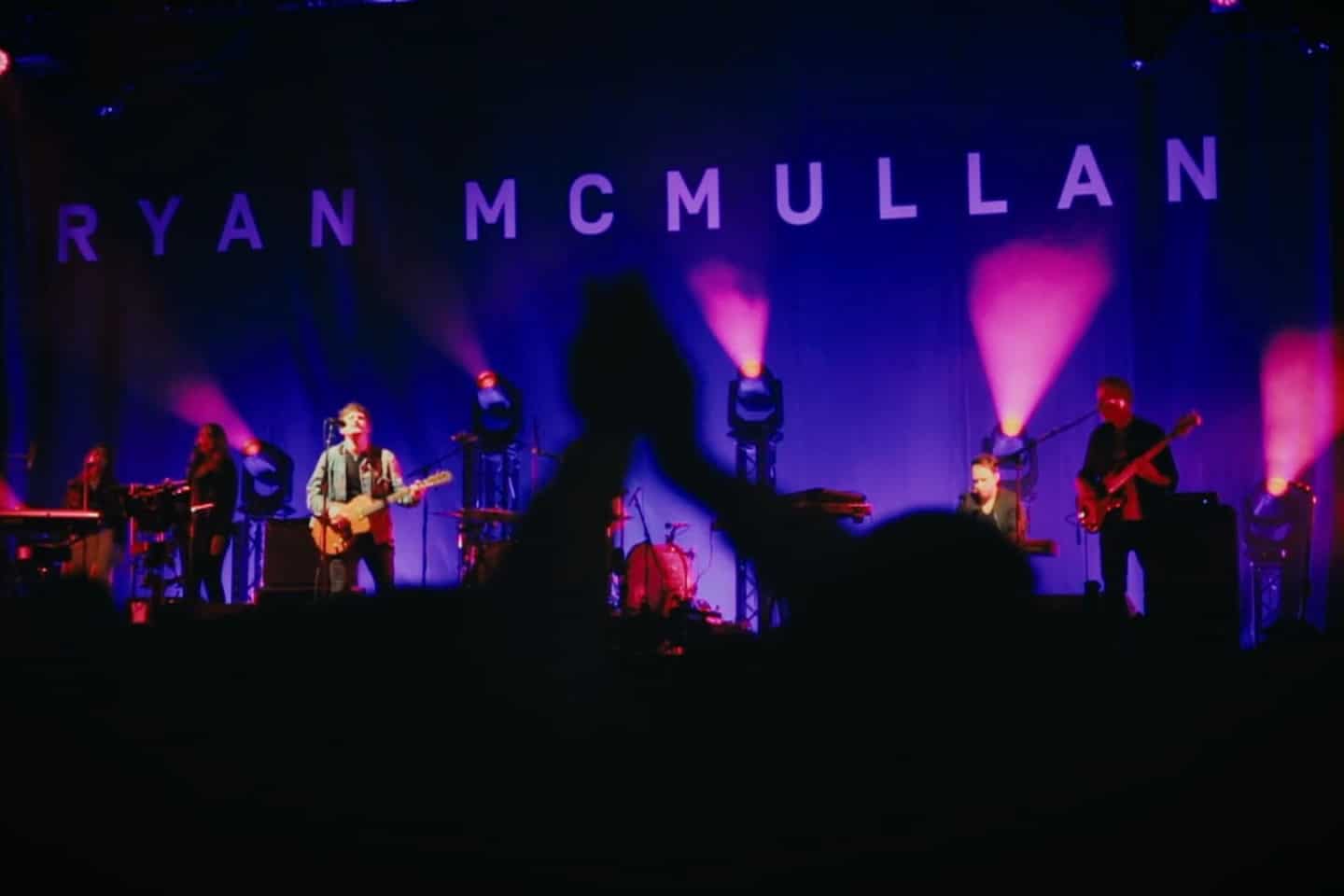 We’re honoured that highly renowned film writer and lecturer Mike Catto (BBC Radio Ulster) has chosen to preview a selection of Docs Ireland titles.  Next up is, ‘Ryan McMullan: Debut’.

Approached with some trepidation, but drawn in by the names of two documentarians whom I admire tremendously, Brendan Byrne and Trevor Birney (one of three producers) I was mostly drawn in. I wondered what it was that meant that Byrne and Birney were attracted to the travails of a tyro singer/songwriter working on his debut album. Been there (doc-wise, never bought the album)

Whoopee! The film (and it includes a Q&A between Ryan and Brendan Byrne) has a directness, sometimes a rawness (genuine) that propels it out of the luvvy Making-of-an-Album sub-sub-genre. Even to an oul’ bloke like me who was not muchly aware of Ryan McMullan. Actually, sometimes it’s best to come to this fresh and not as a fan. Just treat it as a peek into something about a subject I did not know.

The main locus for this is a four day recording session on Cruit Island, Co Donegal, way back in 2019. Ryan and – importantly for the back and forward dialogue in the film – his “team” were to record Ryan’s debut album. The film demonstrates the tensions involved on the very nature of a debut album. It is analogous to a fine artist getting their first big One Person Show with the exception that, hopefully, recorded music can reach bigger audiences than a gallery show.

Ryan’s team includes Foy Vance and producer Eoin O’Callaghan, while in flashbacks we learn of his support tour for Ed Sheeran and his friendship with Gary Lightbody.  All good for the CV. The recording sessions are filmed dispassionately (but there is humour as well as some discord in the dialogue) and I, as an outsider felt involved. Good sign.

Then, as if in a fiction film. The BIG Whammy. COVID 19 (or as some French anti-vaxxers are now calling it in Orwellian terms, COVID 1984) raises the issue of To Release Or Not To Release…and what about a live promotional tour?  All of this makes the doc more engaging than I might have thought, but it raises as many questions as it answers. Nevertheless: good luck Ryan.

Tickets for ‘Ryan McMullan at Odeon Victoria Square on Saturday 28 August at 7pm are £6/5 and available by clicking this link.